In honor of Sacramento Beer Week (beginning today through March 9th), we found it fitting to introduce our new series of blog posts, focused on great craft beer and the stories behind the brews and the brands. We hope you enjoy this new segment, and taste with us! 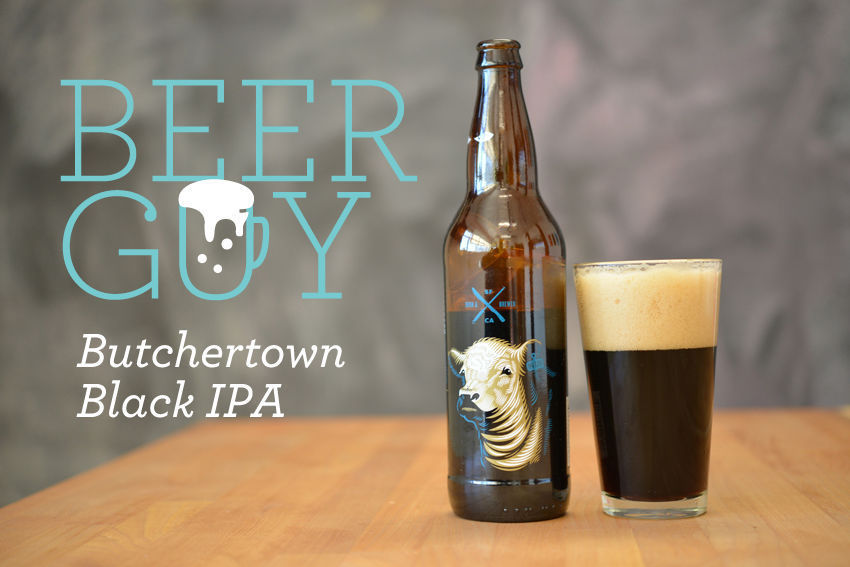 Two elements that have led to the craftbeer movement’s success have been somewhat dichotomous: a sense of history, and innovation.  Calling back the pre-Prohibition hey-day of California’s beer scene, Butchertown Black IPA from Speakeasy Ales & Lagers exhibits both those qualities nicely. 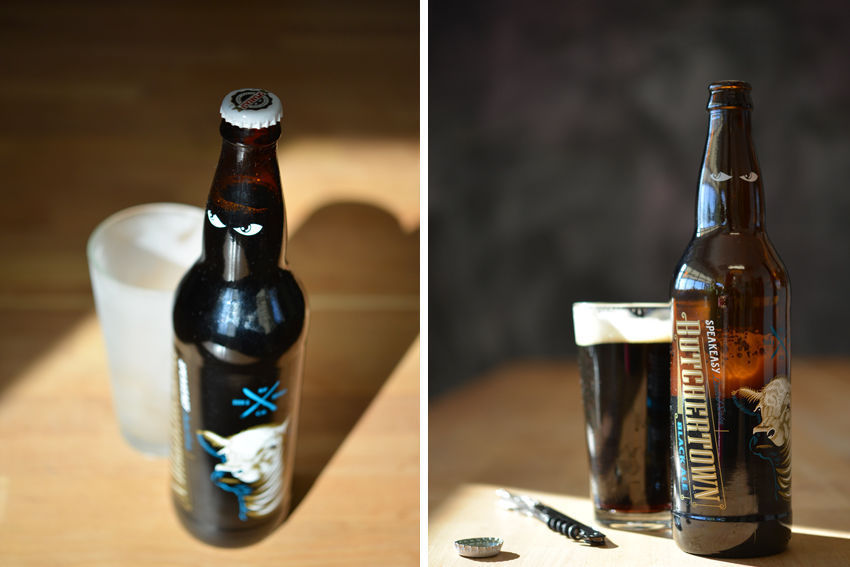 Butchertown was- and still kinda is- a neighborhood in San Francisco, which in the late 1800’s, was home to the city’s many butchers, and related industries, like tanneries. The main ethnic groups in Butchertown were French, Italian, Maltese, and Irish Americans, living and working side by side. The last slaughterhouse closed in 1971, but today the area is still home to industrial work, including Speakeasy Ales & Lagers themselves. 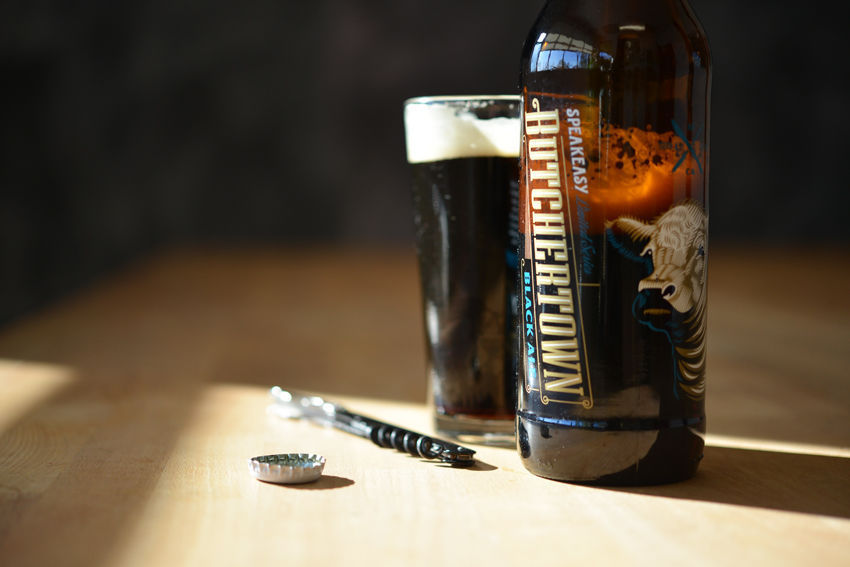 Speakeasy, founded in the late 1990’s, is a very recognizable brand: a film noir, Prohibition-era motif, and names like Big Daddy IPA, Massacre Wheatwine, and Payback Porter all complement the typically high-ABVs and pronounced tastes. A favorite for Bay Area beer bars, many varieties can only be found on draught, seasonally, although their flagship beer- Prohibition Ale– and a few others can be found regionally in 22 and 12 ounce size in grocery and beer stores. 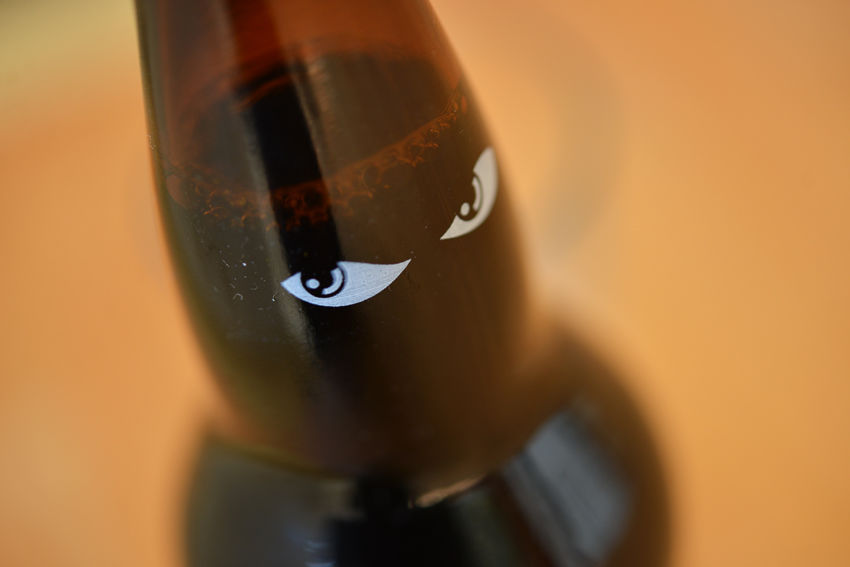 A limited release craft brew from the San Francisco brewery Speakeasy Ales & Lagers, technically Butchertown is a beer without a classification: the Brewers Association recognizes “India Black Ales”, but as a style it encompasses many flavors and characteristics.

A malty, roasted bouquet is scented with citrus hops- more on the nose than on the tongue, as it turns out. Subtle hints of coffee and dark chocolate find complement in the resin-like essence Citra and Mosaic hops provide this brew. Tight, light lacing (the bubbling of the head) dissipates quickly on draft and bottle pours alike, and the beer has a full mouth feel that, beside color, sets Black IPA’s apart from their mainstream forebearers. 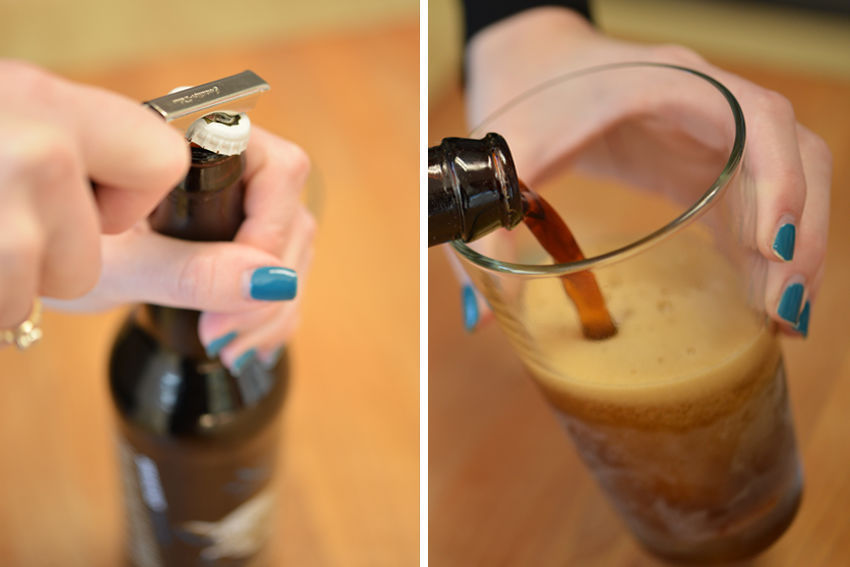 At 8.2% ABV, and 70 IBUs (the alcohol by volume, and measurement of bitterness, respectively), Butchertown is not a “starter” beer- for either novice hophounds, or starting a meal. Rather, Butchertown could be considered an acquired taste, as the perception of a beer that looks like a stout but drinks like an IPA is a sophisticated one. Fans of Sacramento’s own Ruhstaller Captain Black will find parallels in the taste and feel of Butchertown (dare we say blind taste test time!?).

This lovely cool-weather beer pairs nicely with BBQ, fattier meats like duck or pork belly, or even a hearty  vegetable dish like babaganoush. 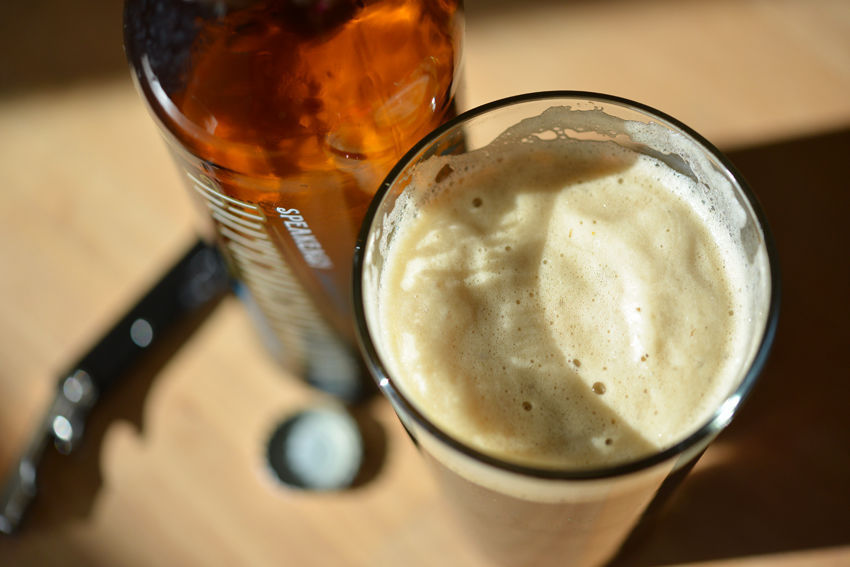 (All Photos taken by Paul Le)

Be sure to check out the Sacramento Beer week event schedule, and keep us updated on your favorite brews.