“Decorative paint doesn’t make beer!” Mike Costello, the owner and operator of newly-opened Yolo Brewing Company, laughs as he says this, looking around the warehouse bustling with workmen- there’s still several taps waiting to be installed behind the bar. Costello is a tall guy, with a brewer’s beard that can’t contain his huge grin. We’re standing on a sawdust littered floor, in the former Tony’s Fine Foods distribution warehouse that is transforming into West Sacramento’s latest brewpub, the clank of pipes and equipment filling the air that soon will be scented with yeast, hops and malt. 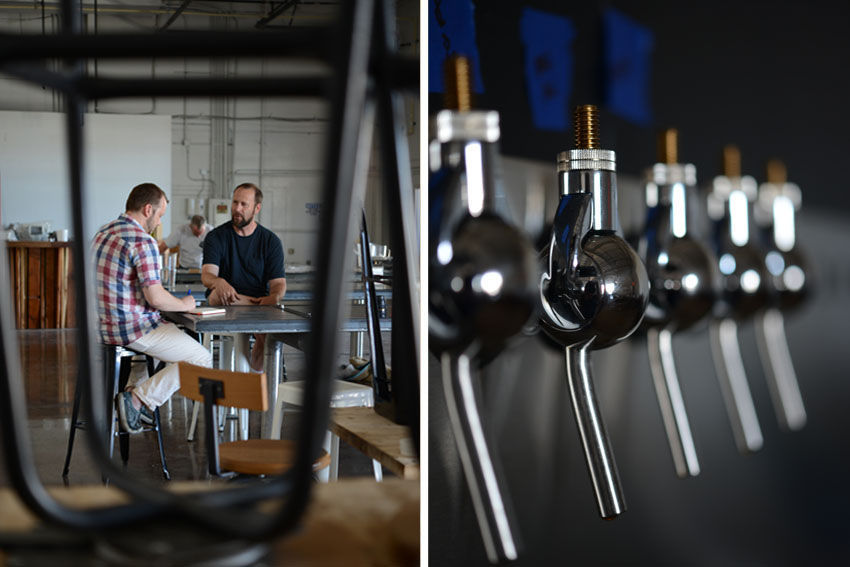 The former owner of Brew It Up, which closed its doors in Davis and Sacramento two years ago, Costello now has the backing of the Brewhouse Concepts Land & Management to support the launch of Yolo Brewing, this included bringing in the old brewing equipment from Brew It Up, and purchasing used tanks and electronic controls at the Campbell’s Soup plant sale.

The brewery is filled with reclaimed and repurposed items: long butcher-block top tables previously used for arc welding from a local fabrication shop (burn marks and all) share the floor with heavy freezer doors, laid over stainless steel equipment barriers, where customers will sit family-style to enjoy the fruits of their brewing labors.

The curved bar where Costello will be pouring Yolo beer was made by local designer and woodworker Matt Irvine using reclaimed wood from doors, ceiling joists and donated walnut and oak planks. The large copper kettles that squat by the entrance have made their way here from North Carolina, by way of Brew It Up’s former locations in Davis and downtown Sacramento, as well.

The kettles will be utilized by Yolo for their own brews, but also by customers of the Personal Brewery Yolo offers- the same model Brew It Up once pioneered. 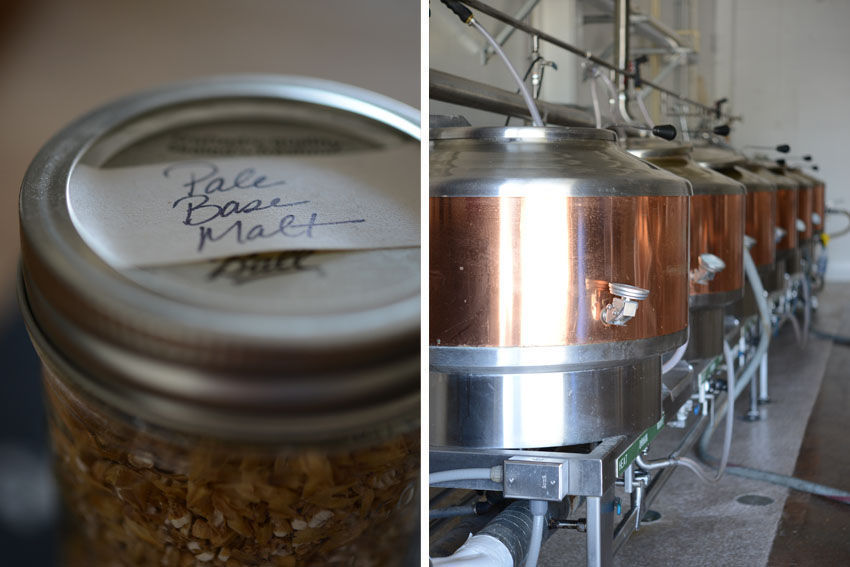 Costello graduated from the UC Davis Brewing Science program, and recalls reading during that time an article on a brewery that opened its facility to local homebrewers in Cupertino- a place where the novice could have some support and quality equipment to experiment with before buying their own system (and having to clean up at home!), and more experienced homebrewers could refine their recipes and make larger batches. 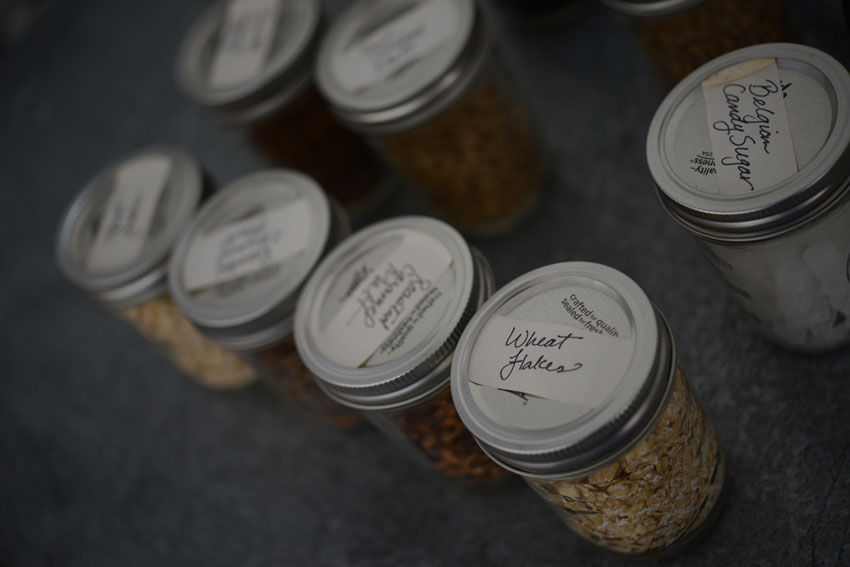 Costello views brewing as a social activity- in fact, several local brewers made their way to being professionals through Brew It Up, including members of the teams at New Helvetia, Sutter Buttes and Knee Deep Brewing.

Costello sees a lot of opportunity and room for growth in the Sacramento brewing scene, especially in West Sacramento where Yolo Brewing is just a short walk to Bike Dog and Jackrabbit breweries. The area in West Sacramento off Harbor Blvd. has always been industrial, so there’s an interesting fit between the warehouses that close around 4pm and on weekends, and breweries that are busy during those downtimes. 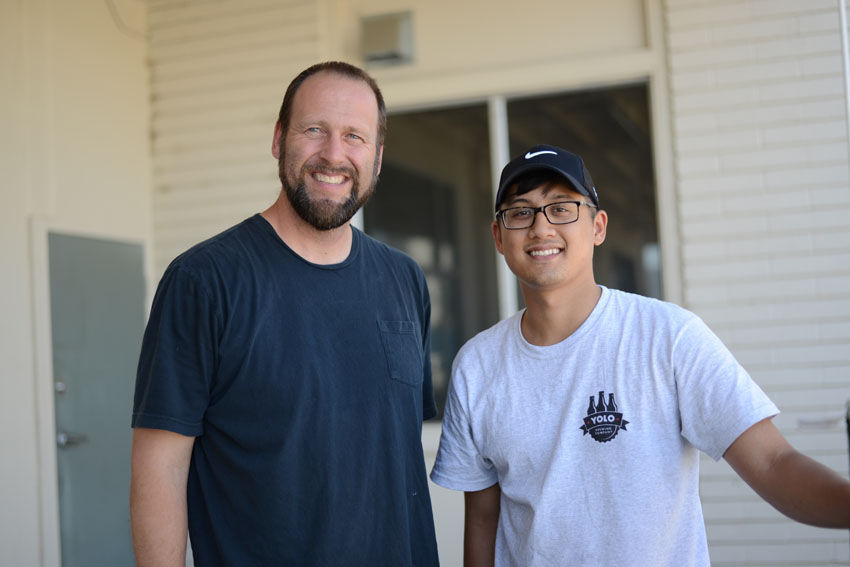 Costello sees West Sacramento and Yolo County as especially attractive to craft brewers: many of the Farm-to-Fork meals served in Sacramento restaurants were harvested just across the river, and this means the possibility of fresh, local ingredients for brewers. Viera Farms, for example, recently contributed a nearby field’s worth of wheat to Yolo Brewing. Estate and “hyper-local” beers- which source their ingredients from small, local plots- have become popular but are hard to coordinate. Post-harvest hops processing (when the oily blossoms are crushed and formed into easy-to weigh and ship pellets) and malting (when the grains used in brewing are partially germinated and dried to reach chemical perfection) are peripheral industries that haven’t yet been invested in for the Sacramento region. Farmers would be able to commit to growing beer ingredients if these support businesses existed, allowing Sacramento beers to truly be local. 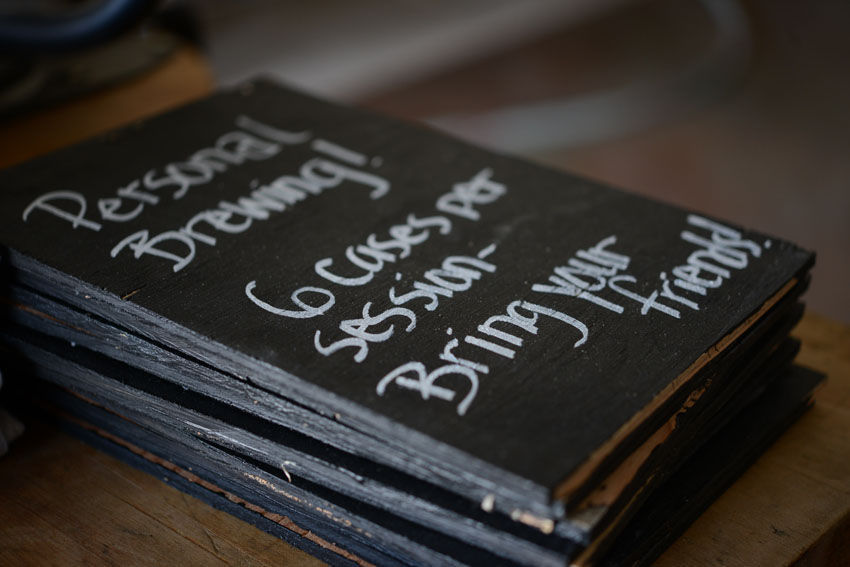 Yolo Brewing served their first pint on June 12th, a lineup including a Scotch Ale, a refined red ale that has it’s roots in the Brew It Up days and may well become the flagship beer for Yolo Brewing. One of the pieces of equipment acquired at the Campbell’s plant auction was a canning fill and assembly line, allowing Yolo to can their beers for retail. Not only is this a trend in craft beers, there are practical reasons: aluminum is lighter to transport and more likely to be recycled than glass; additionally, active living and craft beer go hand in hand- take it camping, biking, and pack it out with ease. There are some beer nerd reasons as well regarding flavor protection, but more than anything, this Beer Guy is excited they will be true 16 ounce pint cans, and not little old 12 ouncers! 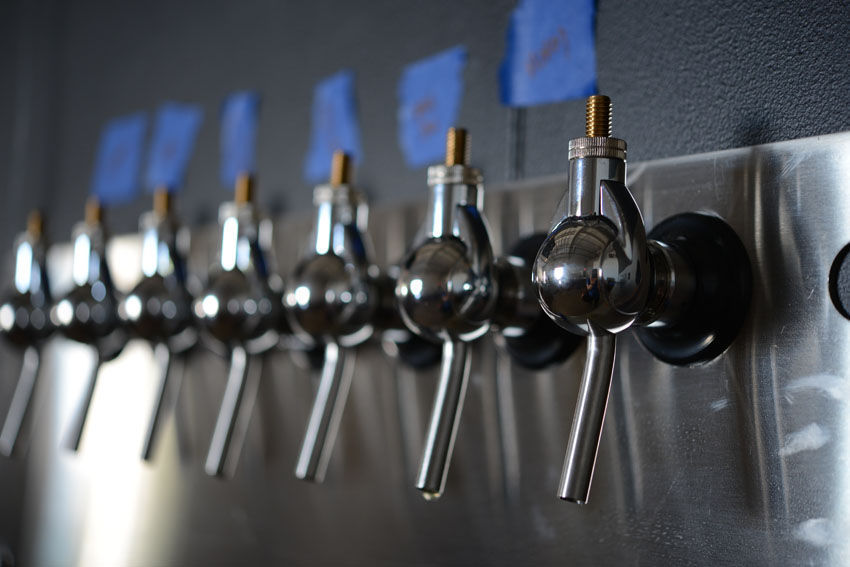 You can visit Yolo Brewing Company’s website for more information about the personal brewery program- as well as how to contribute to the fledgling brewery by joining the 1520 Club, where you can become a sponsor for upgrades and new equipment as the business grows. Now serving and brewing Thursdays through Sundays, head over to 1520 Terminal St. in West Sacramento and grab a pint- you can find the food truck schedule on their website or Facebook page for a delicious bite to pair with their brews. Mike will be the tall guy behind the bar with the friendly smile and frosty glass of local craft beer!