Ah, non-alcoholic beer (we’ll get to the difference between low-alcohol, alcohol-free and “small” beers in a minute), that enigmatic beverage category that pops up when planning weddings, living with pregnancy, and occasionally, requiring a return trip to Costco because someone didn’t read that label closely enough. If it looks like a duck and quacks like a duck… right? WRONG.

For this edition of the Beer Guy, we unchained the team from their cells… um, desks… collected around the conference room table, and the five paper-wrapped bottles sitting in the center. Queen Bee Rebecca- currently gestating her own baby bee- brought in several gifts from a friend in Germany: a bottle of Schneider Weisse Tap 3 Mein Alkoholfreies, and a bottle of Franziskaner Hefe-Weissbier Alkoholfrei. We added a bottle each of Paulaner Thomas Brau, Clausthaler, and St. Pauli N.A., sat down with some tasting note sheets, and cracked them open. 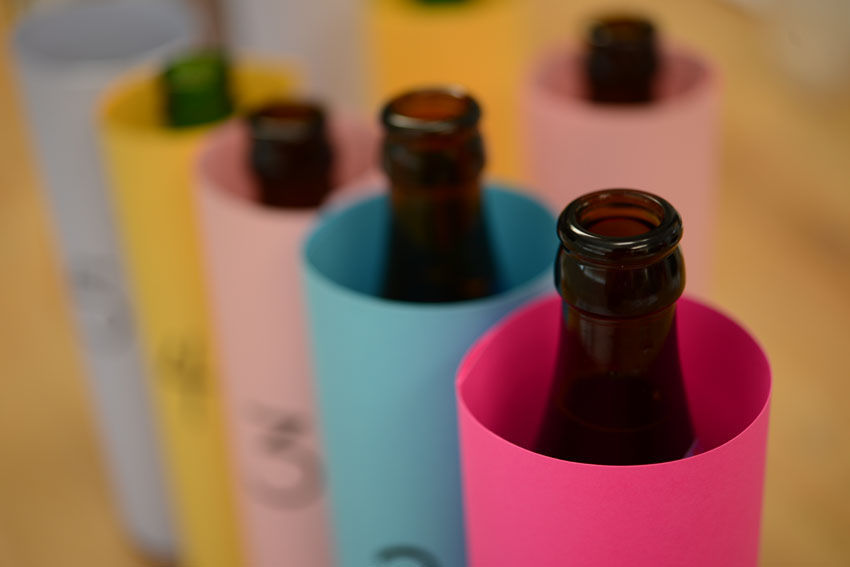 For this blind test, we evaluated the near-beers by Appearance (color, viscosity, head and legs), Bouquet (smell, silly!), Carbonation (important, as sometimes carbonation is added, and not a natural result of the chemical process in brewing and bottling- CHEATERS!), Mouthfeel (“round”, “big”, “thin”, “greasy”…), initial and after-tastes, and an overall rating relative to the other beers on the table.

Let’s be honest, part of the fun is coming up with creative ways to describe our feelings and interpretations- who doesn’t like describing something with the phrase “You know when you wake up after a party…”? 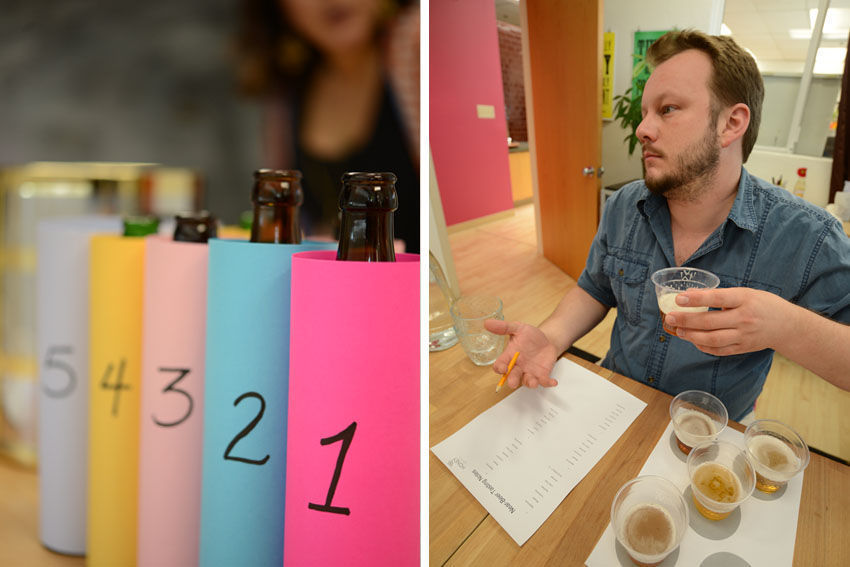 All five, served in clear glasses, showed surprising differences right away: some looked like apple juice from a suspect school cafeteria, while several had us fooled that they were in fact adult beverages. 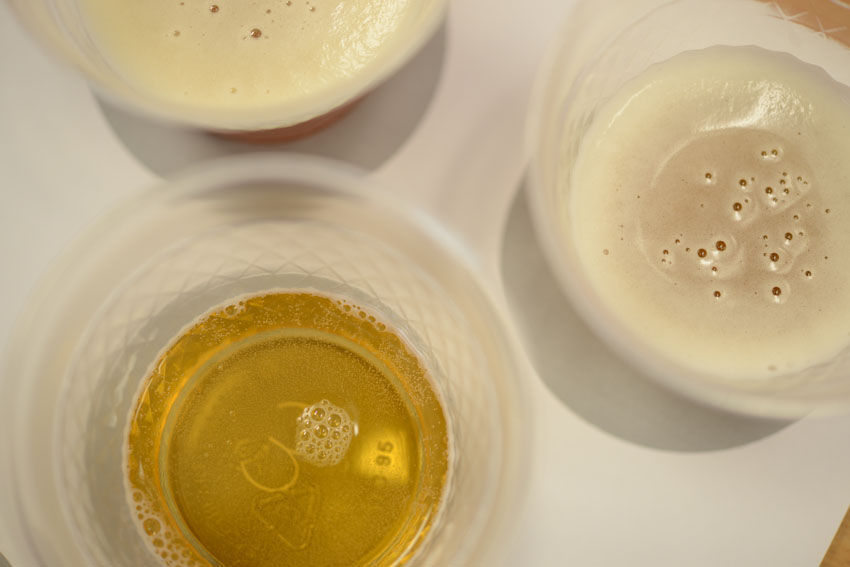 Head- the term often giggled when describing foam on a poured beer- is the first giveaway. No one expects major head on a Corona or Miller, but that’s the calling card of a well-poured Guinness. In the case of the near-beers, the German imports most closely resembled a true brew. This, however, has little bearing on bouquet or taste… The sort of good tasting notes a beer should receive may include words like floral, or citrus, for lighter brews. Perhaps chocolate or tobacco, for darker brews (worth noting all the near beers tasted were in the lager family). 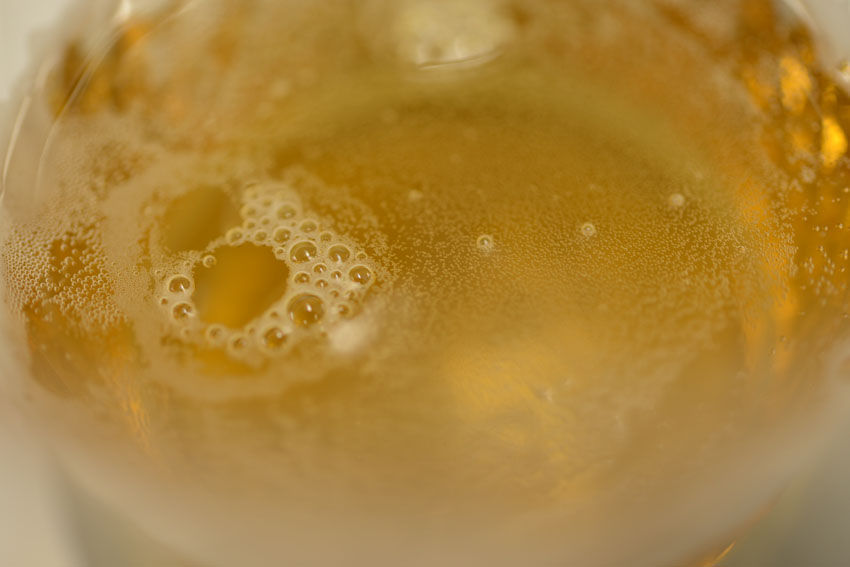 For several in the selection of near beers, however, phrases cropped up that were… unexpected: Biting. Sickly sweet. Skunky. Trashcan. But that’s not to say these are all bad; lemon, grapefruit, clove, and banana all came into play as well, describing generally good aspects of a near-beer. Wait a minute- can we really compare these drinks, near-apples to near-apples, so to speak? And what makes them “near”, anyway? Here in the good ol’ US of A, what constitutes a “real” drink varies from state to state.

“Low-Point Beer”- which has an alcohol by volume of no more than 3.2%- still constitutes an “adult beverage” in all 50 states, except some states have liquor laws that prohibit anything stronger being available in your average grocery store. In states like Utah and Colorado, stronger beers (including “light” beers…yeech!) can only be purchased in state-run liquor stores. These have been around for decades, and can usually be found in your local bowling alley. 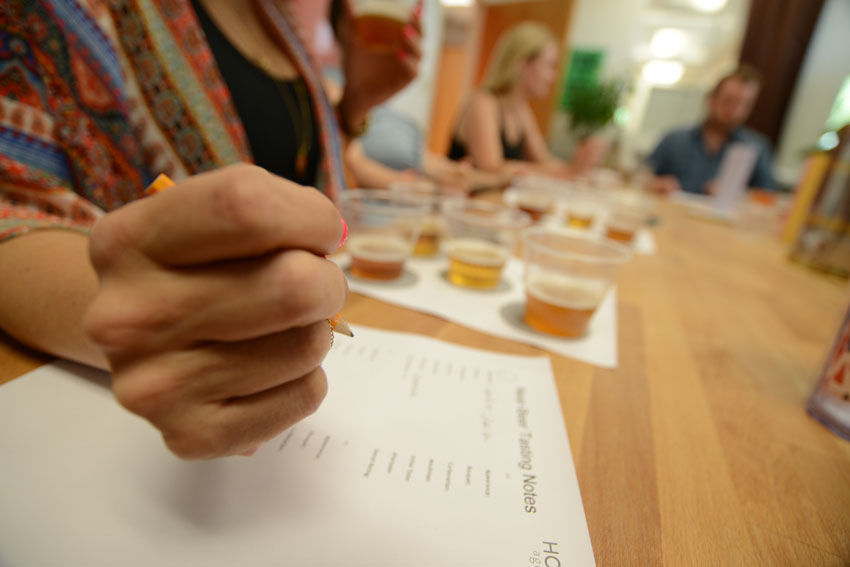 “Near Beer”– a popular term dating back to Prohibition describing the legal “cereal beverages” available at the time- has less than 0.5% ABV. Traditionally, this was served with a hefty dash of moonshine, added in the speakeasy when you ordered-  a “tonic”, if you will. Culturally, this is not unlike Malztrunk, the malt beverage with a similarly low ABV served since the 1930’s in Germanic countries to youth- and pregnant women- and marketed as a “health drink”… I know, right?!

However, here in the US, some states, like Pennsylvania, have decided not to acknowledge the difference in content and have a drinking and purchasing age of 21 for all beverages containing over 0.05% ABV. 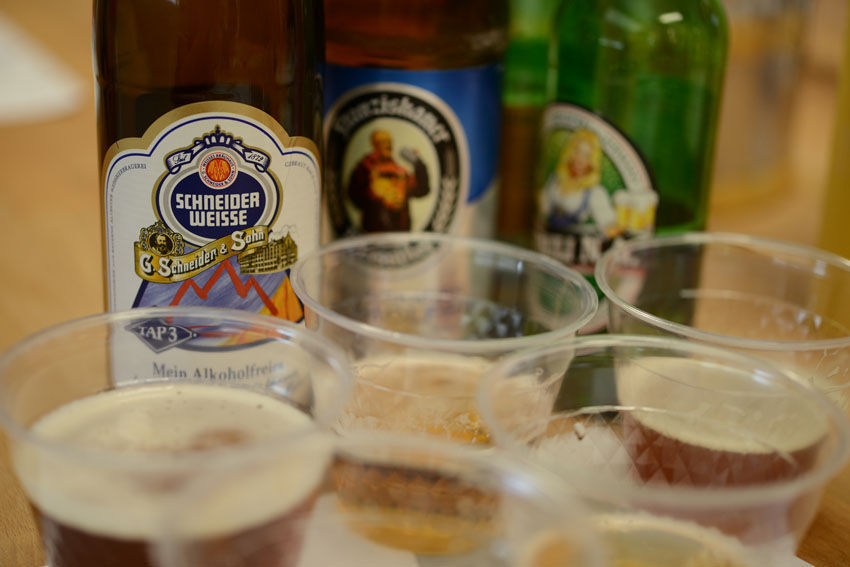 There is also true, non-alcoholic “beer”, containing 0% ABV, from brands like Holsten, Barbican and Moussy. Sales of true non-alcoholic beer have exploded in the Middle Eastern markets, as a beverage that still conforms to cultural and religious standards in those regions.

Making near beer is the same exact process as brewing traditional lagers: after the maturation of fermented, un-carbonated beer, usually in large conditioning tanks, the internal pressure is dropped to allow the alcohol to reach its boiling point at room temperature (alcohol normally boils at 173.5 °F, at sea level, but heating beer at that point can destroy flavor). This can actually remove some 4% of volume from the vat of beer, and most brewers will add back volume with water.

On a related note, a study from Spain, with the engaging title The Sedative Effect of Non-Alcoholic Beer in Healthy Female Nurses, has shown that while the sleepiness induced by alcohol is ruined by the ultimate sugar-crash to follow, drinking a non-alcoholic beer may well take advantage of the hops in the beer raising the neurotransmitter gamma-aminobutryic acid (GABA), which calms the central nervous system. Serotonin, which is involved with sleep regulation and the body’s circadian rhythms, is also stimulated by the bitter agent in hops. Science lesson over! (#NERDALERT) 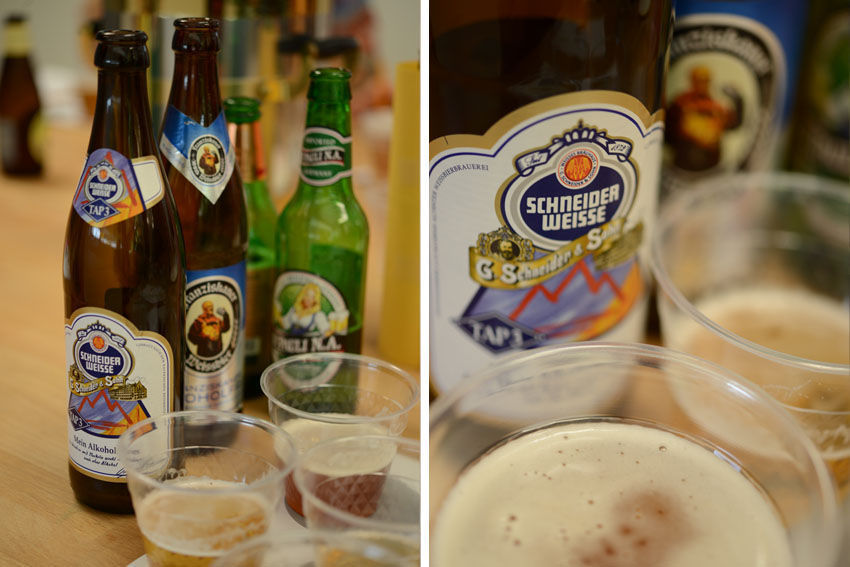 Results of our blind taste test? Well, we weren’t buzzed, for one- so at least they live up to their name! There was some contention on the age and handling of the imported German bottles, but in general St. Pauli’s N.A. was most like a normal beer, and most drinkable on its own. Close runner-up was Clausthaler Golden Amber and the Schneider Weisse. However, neither beer could hold a candle to the “control” beverages swished by the group after- Anchor Steam’s new Saison, and Bison Brewing’s Honey Basil Ale, excellent choices as the summer settles in, requiring refreshing and bright beverages for hot days and warm nights. 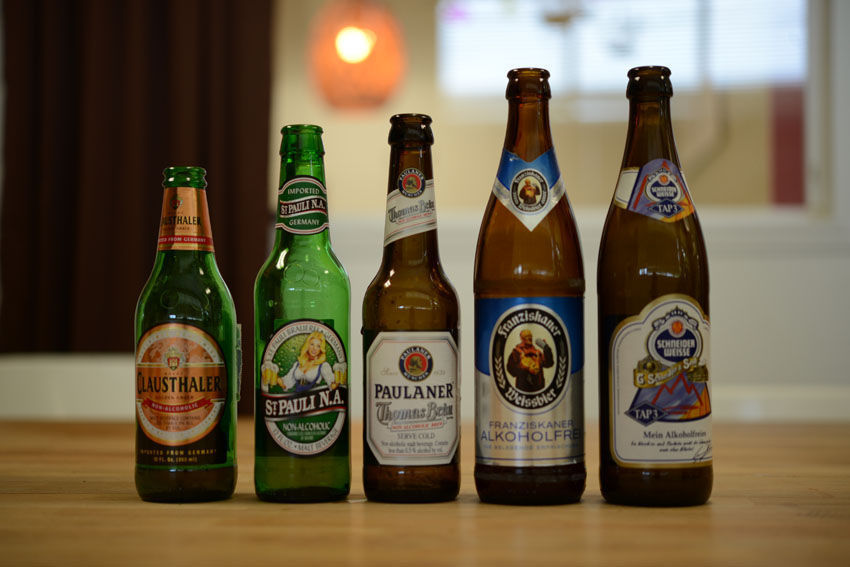 Do we recommend these near beers? Kinda: you’ll notice this isn’t the Soda Guy blog, and I readily will belly-up to the non-alcoholic bar with non-drinkers, the orthodox, and those with child, should only soda and near beer be available. But if you find yourself in a situation where you crave a frosty cold one but can’t have the alcohol, there are some decent options out there. Plus, this is a fun twist on a tasting party- maybe just have a sixer of the good stuff in that garage fridge for when everyone goes home!